Grabbing screenshots on a Chromebook may be slightly different than what you’re accustomed to on a Windows laptop or MacBook, but the process remains equally simple. Whether you want to capture the entire screen or simply snap a portion, the keyboard commands are easy to use and remember.

find out how to take a screenshot on a Chromebook using keyboard shortcuts or a stylus. We also list additional tips and tools you can use to capture your Chromebook’s screen.

To take a screenshot of everything on your screen, press the following keys simultaneously: Ctrl + Show Windows

The latter button is typically located in the top row between the Full-screen and Brightness down buttons, as shown above. It resembles a rectangle followed by two lines and replaces the typical F5 key found on standard keyboards.

Once you press both keys, a notification appears in the bottom-right corner displaying a thumbnail of your screenshot. Clicking the thumbnail leads you to the Downloads folder — this is where all screenshots go by default, making them accessible offline. You can also access screenshots by clicking the blue Files folder-style icon on the Shelf and selecting either Images or Downloads.

READ ALSO: How to Transfer Files from PC to PC Step By Step Guide

Chrome OS labels all screenshots with the date and time they were captured.

Since Chrome OS saves screenshots locally on your device, they won’t be available on Google Drive unless you manually upload them to the cloud. To do so, follow these steps:

Step 1: Open the Files app, and either select Images or Downloads listed on the left.

Step 2: Select the screenshot you want to upload. For multiple uploads, click the Check icon on each screenshot (thumbnail view) or draw a box around the files using a mouse or touchpad (list view).

Step 4: Select Save to Drive on the drop-down menu. As shown below, you can send the screenshot to other accounts, like OneDrive and Dropbox. Read our guide on how to use Google Drive for more useful tips.

If you have a Chromebook with a 360-degree hinge like a Pixelbook, skip to the “Screenshots in Tablet Mode” section in this guide for an alternate touch-based method.

In addition to a full shot, you can create a window to capture a partial screen. Here’s how: Ctrl + Shift + Show Windows

Step 2: The screen dims, and the cursor temporarily changes to a crosshair. Use the cross-hair to start one corner of your capture area and hold down on the mouse button or touchpad.

Step 3: Drag the cursor across the screen using your mouse or finger until you create a box. Let go of the mouse button or lift your finger to complete the box and capture the screen.

The captured window saves to the Images and Downloads folders, the same as a full screenshot.

Many 2-in-1s and tablets running Chrome OS may not have immediate access to a keyboard. Don’t worry: There’s an easy screenshot shorthand you can use in tablet mode. Press the following physical buttons simultaneously: Power + Volume Down

READ ALSO: Top 10 YouTube Hacks & Tricks You Can Try Out

Your screen registers the screenshot and takes an image of the entire screen.

Use a stylus — full capture

You can capture a screenshot of your entire screen using a stylus. Here’s how:

Step 2: Use the stylus to tap the Capture Screen option. This grabs a screenshot of your entire screen.

Use a stylus — partial capture

Want to capture only a part of your screen? Follow these steps:

Step 2: Use the stylus to tap the Capture Region option.

Step 3: Use the stylus to touch and hold your starting point on the screen.

Step 4: Drag your stylus to the final point, creating a box.

Step 5: Release to capture your screenshot.

Other tips and tricks

Chrome OS doesn’t automatically send screenshots to the clipboard like pressing the Print Screen button does in Windows.

If you want to copy a screenshot (for insertion into an image editor, for example), watch for the notification that appears above the system clock when you take a screenshot. As shown above, click the Copy to clipboard button, then press Ctrl + V when you want to paste it.

Alternatively, find and select your screenshot, press Ctrl + C to copy it to the clipboard, and then press Ctrl + V to paste it — just like Windows.

Screenshots captured by Chrome OS are ready to share, but if you need to edit them first, familiarize yourself with the built-in image editor. Here’s how to use it:

Step 1: Click the blue Files folder icon on the Shelf and select Images or Downloads listed on the left.

Step 2: Double-click on your screenshot to open it in the Gallery app. If it’s not your default image viewer, right-click on the file and select Gallery on the pop-up menu.

Along the top of the Gallery app, you’ll see a toolbar with the following tools: Crop & Rotate, Rescale, and Lighting Filters. Each tool opens a panel on the right side, providing adjustable settings. For instance, the Lighting Filters tool provides sliders for Exposure, Contrast, and Saturation, as shown above.

In addition to the three main editing tools, you’ll see buttons to Undo and Redo any changes you make.

If you’re using a Chrome OS-powered desktop (Chromebox) or an external keyboard plugged into a Chromebook, the keyboard probably uses a standard function key row instead of Chrome’s dedicated button row. Here are the Chrome OS commands that replace the typical function key commands:

For capturing a screenshot, type Ctrl + F5 on a standard keyboard. For a partial capture, press Ctrl + Shift first, followed by F5.

The built-in image tools for Chrome OS are a bit anemic, but luckily there are plenty of apps and extensions on Google’s Chrome Web Store to help add extra functionality. Here are some helpful picks: 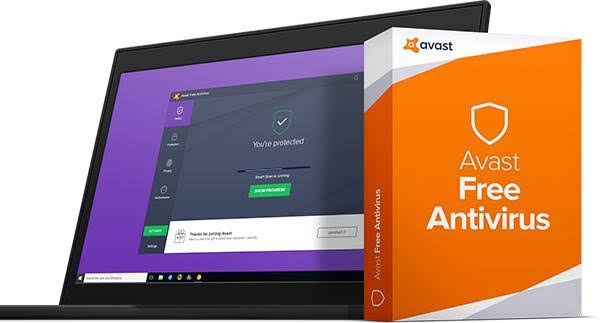